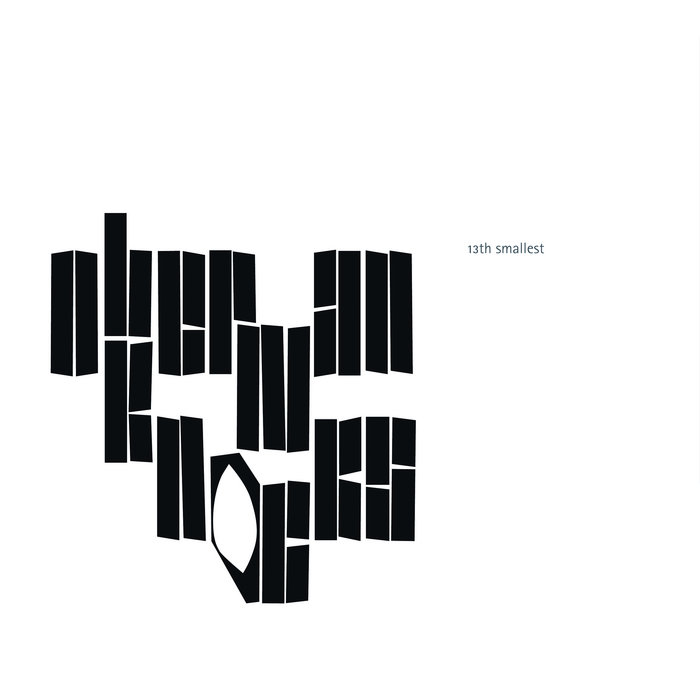 13th Smallest is the 10 track, out-there debut album from Sheffield born Oberman Knocks (aka Nigel Truswell), who now lives in the badlands of Walworth, South London; and also works in Whitechapel as one half of Graphic Design studio Pony.

The album is produced with three pieces of software, a minidisc recorder and a cheap little microphone. With no interest in the latest plug-ins, tech-talk and very limited technical know-how, the tracks are all about the creation and manipulation of sounds for the pure pleasure of the production itself. Spurning sterile accuracy and clinically happy tunes for sounds that bring back some of the dirt and darkness that has been swept away of late, these are tracks happy to inhabit the dark corridors of the mind through to large expanses of concrete space waiting to be filled.

After first listening to Nigel’s demo Parker says "I was pleasantly surprised and instantly addicted. It was what I had been waiting for. Haunting sounds that rise and fall with seams of vulnerability. Heavy yet beautiful, underlined by deep rumblings (and I do like my bottom end!) A timeless piece. Setting the scene for the next David Lynch film. (Oh and did I mention it’s Dark?!)“

Influenced by Funk, Motown and Hip Hop as much as by the likes of WARP and Skam. The Human League’s ‘Being Boiled’ was the first record Nigel ever brought (and what a classic) but it was through Autechre’s Sean Booth and fellow WARP recording artist Mira Calix that Nigel was first encouraged to start making his own music.